The heritage protected pilot site of Skoone Bastion – boasting extensive historical background – was observed from the temporary use viewpoint during the meeting where urban planners from Sweden, Latvia and Finland gathered to discuss and exchange experiences with each other.

During the previous evening we heard about the statistics of the AvaLinn app that was launched in January. Overall results have been positive, especially regarding the Vana-Kalamaja area in Tallinn where people were actively commenting and giving feedback to the visions and ideas. As stated by Ivari Rannama, the future of the app involves analyzing the current results and developing a web version of the app. Overall, a plan exists to make the app an idea gathering platform for the whole city and not just for the urban planners. The morning session started with further presentations of the AvaLinn app and the preliminary findings of the idea gathering were given by Jaak-Adam Looveer and Mihkel Kõrvits.  The Skoone Activity belt area and the traffic solutions often came under public discussion. Would a park be the best solution for that area instead of traffic junctions? People also tend to wish for better connections between the districts such as a bridge to Kelmiküla and rather a pedestrian crossing than an underground tunnel. After all, it could be stated that the app has been a success, yet some developments need to be done for the future use in order to involve even bigger part of the local community in the idea gathering processes. 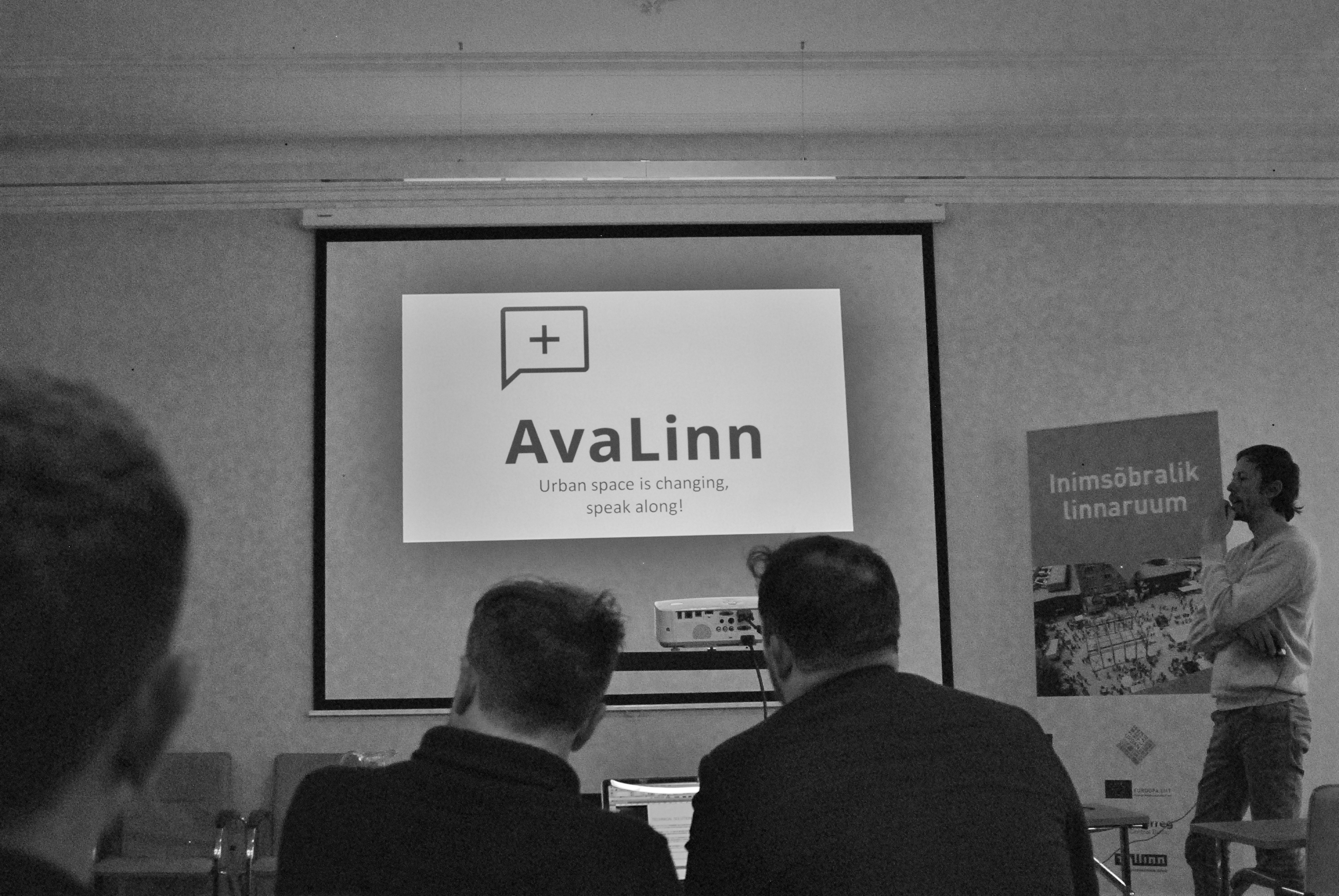 Bottom-up urban planning example came from the community initiative presented by Anatoli Tafitšuk and Tõnis Hiiemäe who shared their vision of how the Skoone Bastion area should be developed and how temporary use could activate the area. Especially interesting was the fact that they both are the residents of the area and thus know the shortcomings of the current state and have realistic viewpoint of what is still needed to make the Skoone Bastion hill into a cultural community centre where all locals from babies to the elderly would feel welcome. A temple of culture – a renewal of the historical buildings and elements, this would have revived some of the structures that already existed in Skoone Bastion during 1930s-1940s.

The heritage protection point of view was presented by Ragnar Nurk. His presentation gave many interesting historical facts about the bastion. For example, it was constructed by the Swedes in the late 17th century and was one of the most powerful fortifications of its time. The bastion itself is 3 hectares long and has 8 hectares worth of outworks. According to the expert, it would be great to make the main elements of the bastion visible again. An issue in this site is that some historically valuable buildings are privately owned and the city cannot do much about these.

Helen Sooväli from Tallinn University gave some good practical examples of how co-creation and participatory planning together with the local communities could be initiated and brought forward. A good practice from the UK – Granby Four Streets project in Liverpool was presented where place-making – approach to the planning, design and management of public spaces based on local community’s assets, inspiration and potential has made the project a success. 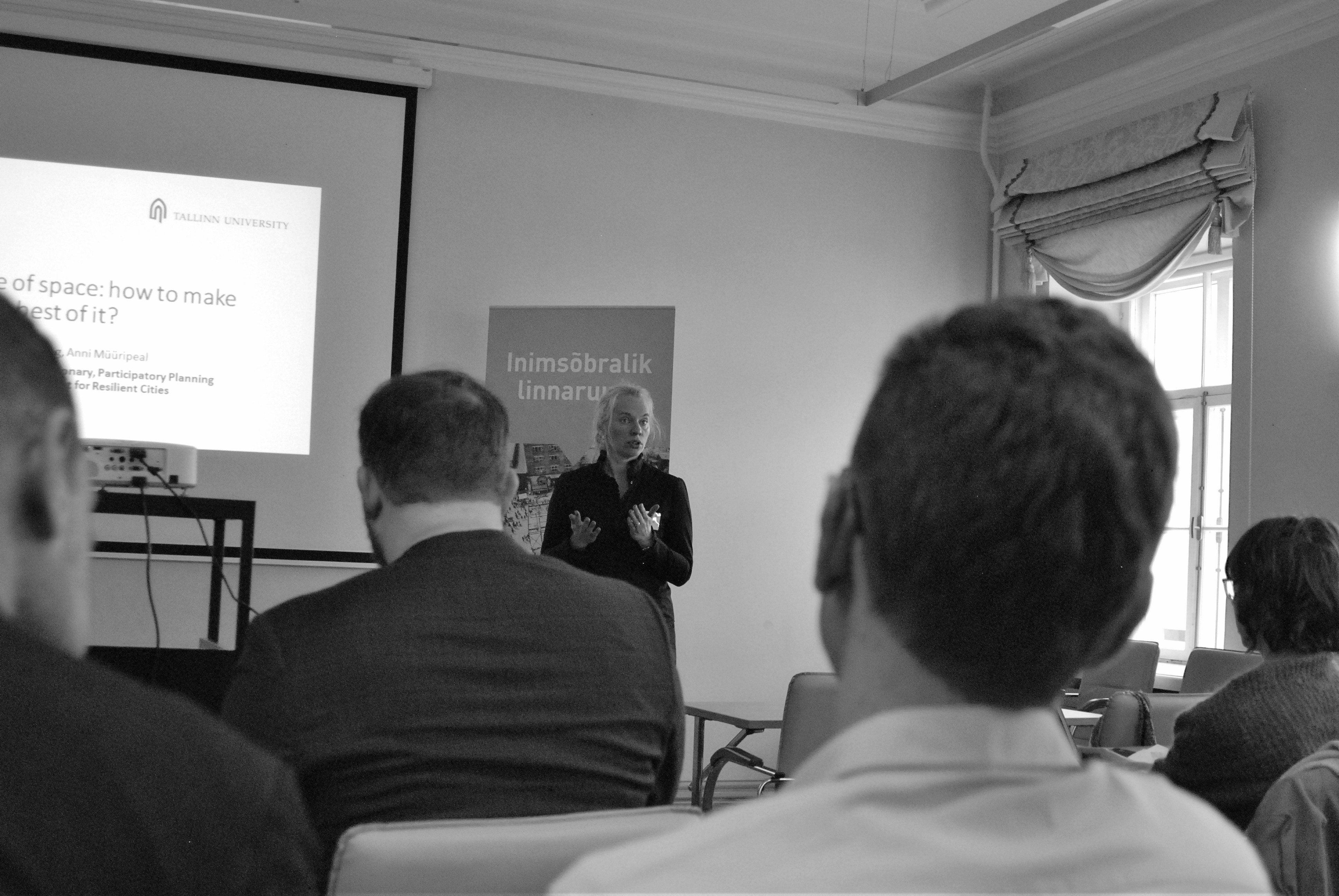 Just before the Site Visit, Jaak-Adam Looveer presented a quick overview of the Site Visit and the aims of it with some of the information points that we had the chance to visit. Site Visit in the Skoone Bastion and Kalamaja area included testing the AvaLinn application which most of our attendees had downloaded during the previous evening. 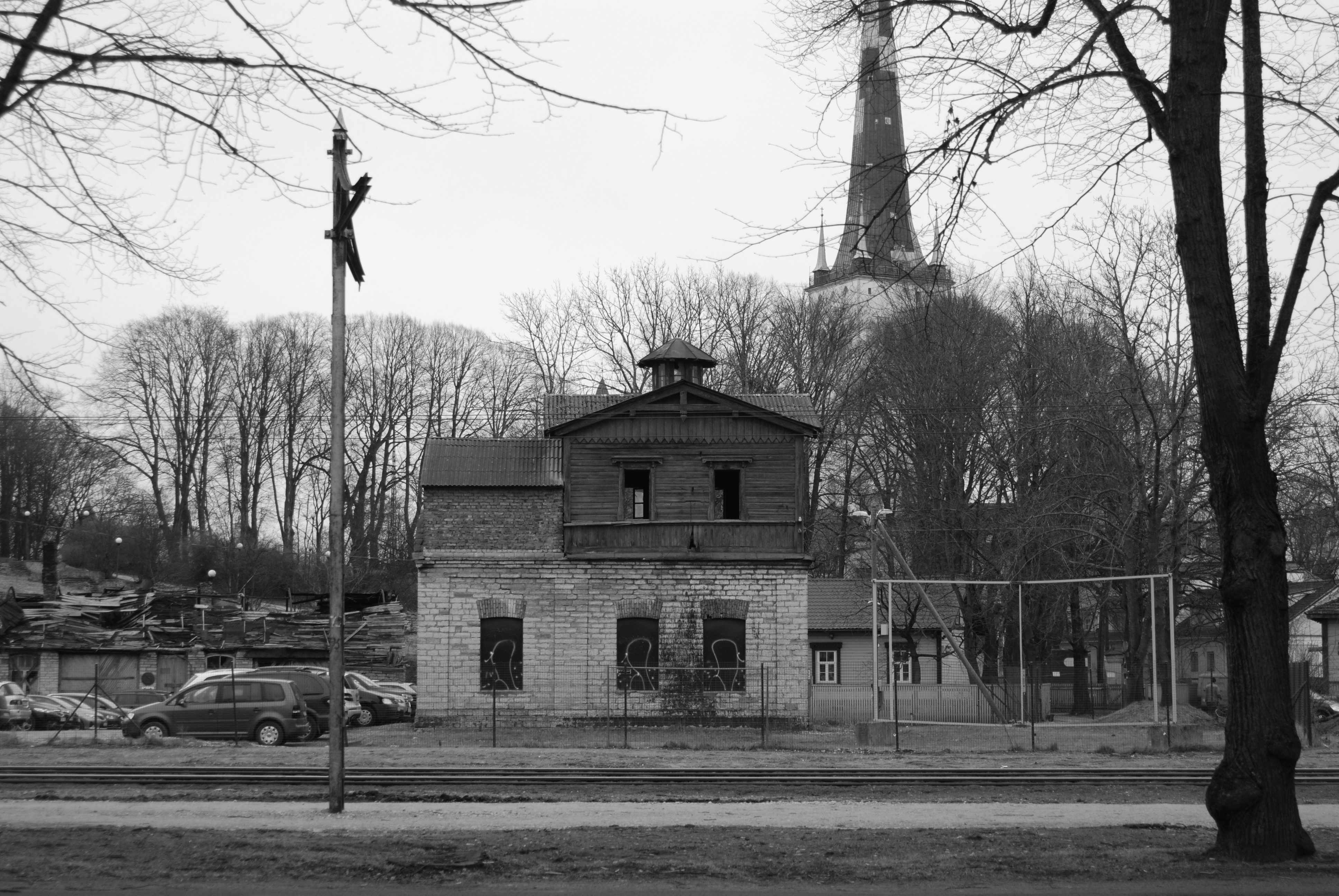 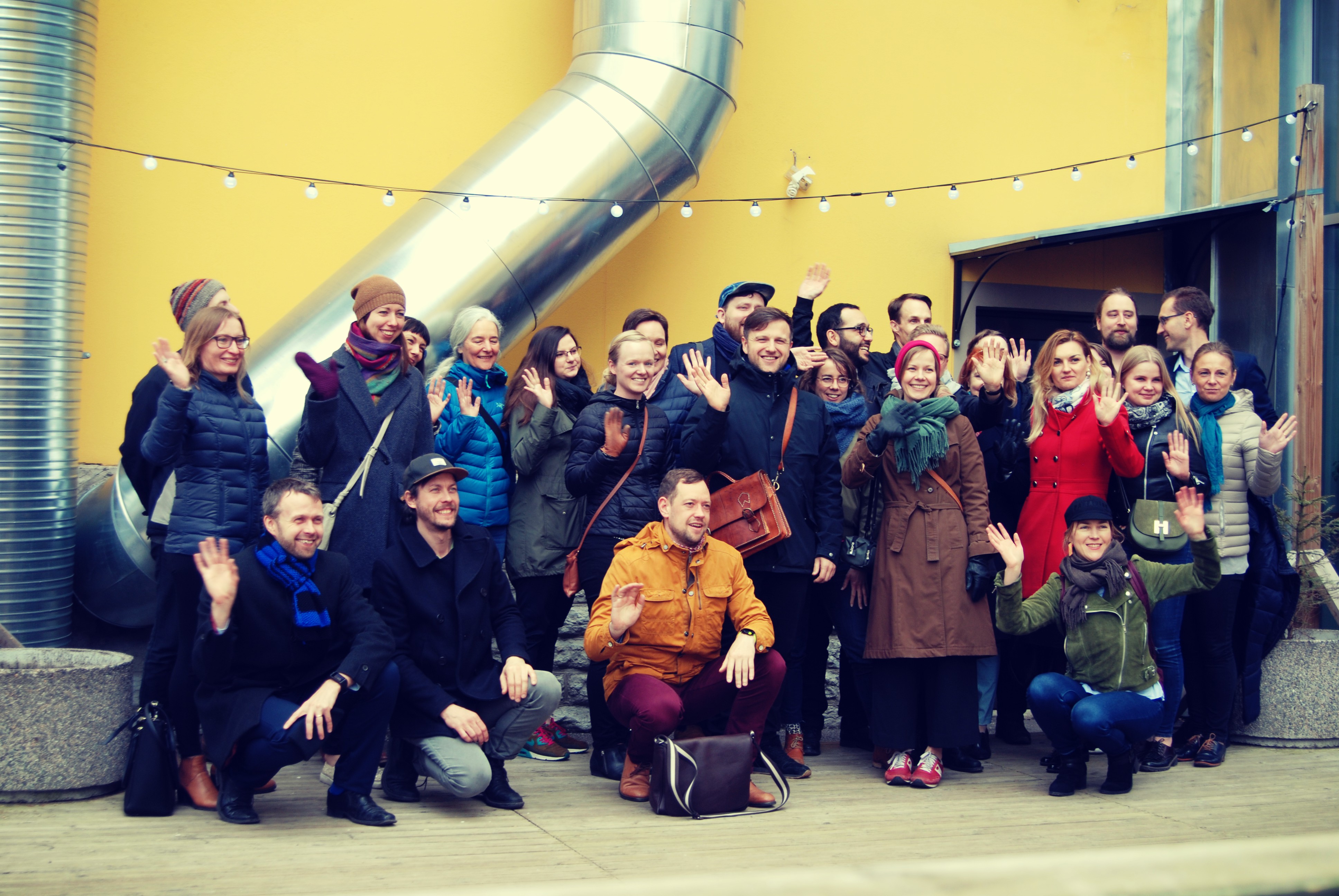 Afternoon sessions saw keynote speaker Teele Pehk bringing up the good and bad examples of urban planning in Tallinn in her presentation called “Tallinn examples, good and bad ones”. For example, Beta-Promenade was one of the successful examples of cooperation between the stakeholders – landowners, developers and the city agreed among themselves and this cooperation led to the creation of Beta promenade on the shoreline of Northern Tallinn that had been closed to public during the Soviet era.  Teele has been active in urban planning issues and identifies herself as an urbanist and a change maker. Then according to the familiar structure of the peer review meetings, it was the time for the partner cities to share their experiences on temporary use in brownfield context to give inspiration and share valuable lessons with the hosting city. The afternoon session with group discussions also focused on the temporary use – with leading questions such as “What are the challenges in general when introducing temporary use? Are those similar with Tallinn’s challenges? Solutions to address the challenges?” 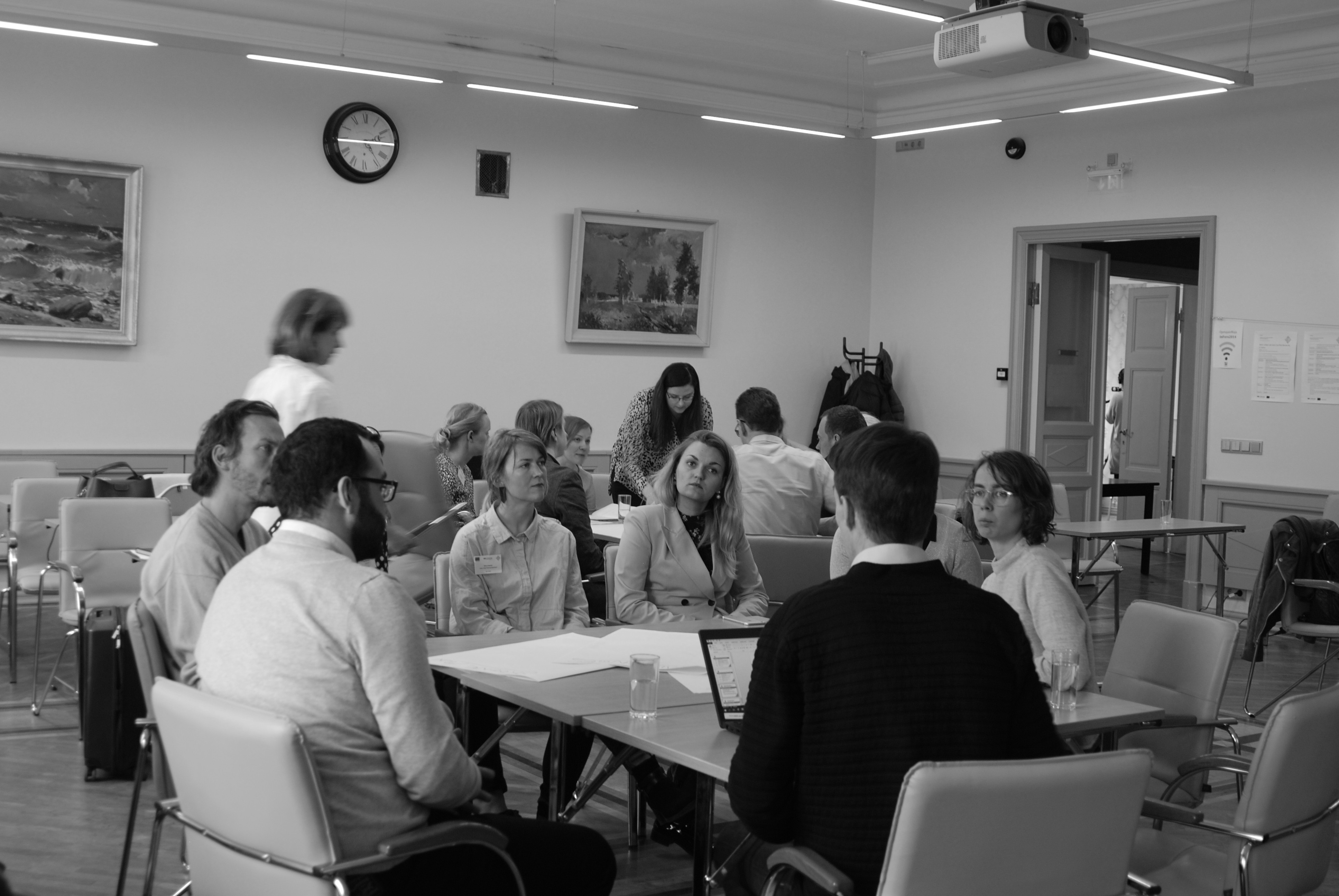 During the productive meeting many interesting discussions were conducted, hopefully sparking some new ideas and ways of doing things for the urban planners in the City of Tallinn. Activation of the brownfields with temporary use is an interesting concept and something to test and develop further.

This was the last of the four Joint City Pilot Reviews that have been held as part of Baltic Urban Lab project activities with the first one taking place in the City of Norrköping in June 2017. 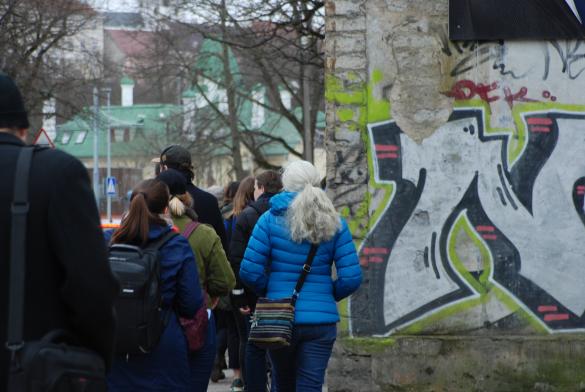