The urban planners in Tallinn have recently launched the participatory mobile application called AvaLinn for encouraging co-creation and thinking together better solutions for the North Tallinn area and specifically right now for the Skoone Bastion area which is one of our project's Pilot Sites.

The mobile application includes an interactive map highlighting the new possible solutions for developing the public space and 29 descriptive information points so that the map would be more readable. The photos of current situation of the locations are shown in the information points next to visions of the future of which illustrations have been created by architect Ahti Sepsivart.  The AvaLinn app is free-of-charge and it can be used in Android and iOS based devices (note the requirements for the devices).

The vision for renewing space of North Tallinn includes human-friendly open spaces where sustainable urban mobility options would be preferred (pedestrians, bicycles, public transport) and the areas that have been highlighted in the app form an important zone for recreation and creativity. The area boasts with many important public buildings and creative centres that liven up the usage of the area all-year-round. Telliskivi Creative City, Balti Station Market, Estonian Academy of Arts, Culture Cauldron, Energy Discovery Centre and Tallinn City Hall offer versatile functions and create novel creative energy. The aim of the spatial solutions is to expand their potential also to the public space and to tie these attractions and nearby areas into one.

The new park- and other green areas, versatile public space and safe urban mobility environment around the Skoone Bastion hopefully will bring children and seniors to use the city space more actively. Already now, the connectivity of this neighbourhood with other districts is very good and makes it possible to prefer public transport to personal car use thanks to the diverse public transport options.

In addition to the people located in the closeby districts, urban planners are awaiting ideas of improvement from all citizens about renewals in the public space. Ideas are being collected 18 January - 18 February 2018.

"We are testing the app as a tool for co-creating urban planning. If the pilot project will be successful, we have plans to use the app for all important public space and street projects. With the idea collection, we gather inspiration for solving the public space issues as well as developing the functionality of the app so that all developments would take place according to the needs of the user." explained Tallinn's Head Architect Bureaue's urban planner-architect Jaak-Adam Looveer. "With the new AvaLinn mobile app it is also possible to position yourself on the area currently being planned when walking around the area and as such to get a better understanding of the space under development, added Looveer.

The ideas received during the submissial period will be analysed and the bottlenecks that have attracted broader discussion will be worked through in the workshops. The aim of co-creation is to achieve societal agreement on the solution of the public space so that during the coming years development could start. The spatial design and the AvaLinn app were created as part of the Baltic Urban Lab project. More information about the project and previous cooperation (in Estonian):  www.tallinn.ee/est/baltic-urban-lab. 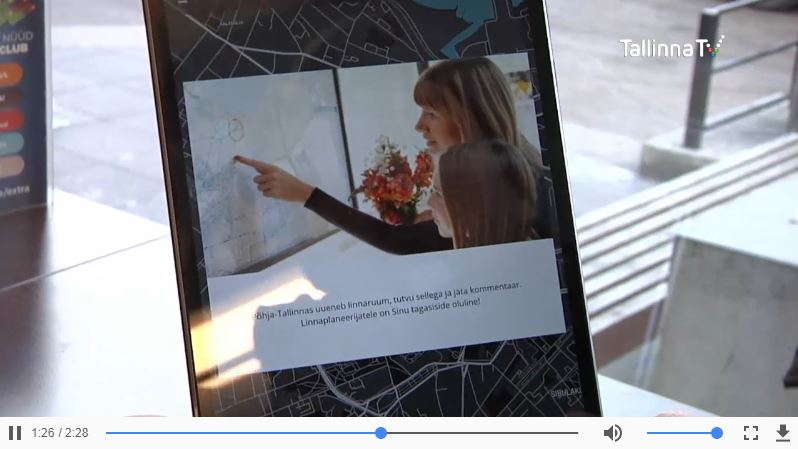 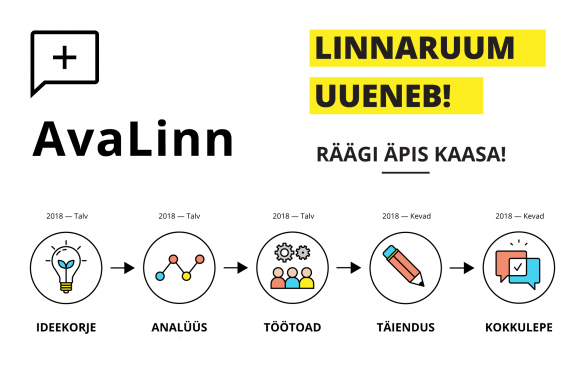