City of Tallinn has been discussing and testing temporary uses for their Baltic Urban Lab Pilot Site, located in the UNESCO protected area called Skoone Bastion.

As temporary uses tend to vary widely in their purpose and duration - their viability depends on the local market and regulatory conditions in addition to the work of entrepreneurial project initiators and their supporters. Common temporary projects include community gardens and other green spaces, special events such as festivals or concert series, and stores or restaurants.The experimentation and reversibility afforded by temporary use practices can encourage a multilayered approach to land use and increase the likelihood that a vacant space will eventually find permanent use.[1]

In Tallinn's Baltic Urban Lab project site,  the project team is looking forward to some temporary uses while the city planners and community are trying to reach the agreement on future developments for the brownfield area. In the beginning of 2017, a group of enthusiastic people presented the idea of creating a community garden in the pilot site. The timing and the idea were excellent and the skills of the initiators surely sufficient - the team had previous experiences with community gardening abroad as well as academic knowledge in landscape architecture.

After numerous meetings with the city officials from Environment Department, Heritage protection Department and Urban planning Department,  a preliminary agreement on the implementation of the idea was reached. Determined area on top of the Skoone Bastion was assigned for community gardening. The team started to look for sustainable materials for building permaculture garden. Limestone, wood, organic materials, old wooden window frames etc.

By the end of the summer,  the Skoone community garden started to take shape – a limestone keyhole flowerbed and a small window frame greenhouse were built. The rest of the garden was under construction and appeared quite bohemian. Indeed, community gardens tend to be wild and bohemian as these are developed organically by the community members.

As the garden is in Skoone Bastion, a UNESCO heritage protection site, this bohemian under-construction appearance created debates and led to the cancellation of the idea by the Heritage protection Department.

To conclude, Tallinn's Pilot Site area needs activity but community gardening might not be the best possible activity for a UNESCO site. The core idea of the community garden is to develop it organically by community members and might better suit to more remote locations in the city.

Still, there are positive outcomes of the initiative. City officials debated on the topic and are now more aware of that kind of temporary use. Community garden initiators organised many meetings for the community and built a solid network of community gardeners all over the city. New community gardening projects were started in other city districts. The collaboration continues also with the Environment department, and a new community garden will be created in Tallinn soon.

Another temporary use in the Baltic Urban Lab Pilot Site is being initiated by the city planners in Tallinn. Due to tramline reconstructions a new tramline was shifted a few meters. Therefore the old tramline corridor became a new vacant space. City planners had the idea to use the vacant tram corridor as a light traffic road, so the old tramway was covered with stone pavement.  Although it currently lacks lighting and street furniture, it is already being used by pedestrians and cyclists in the area. 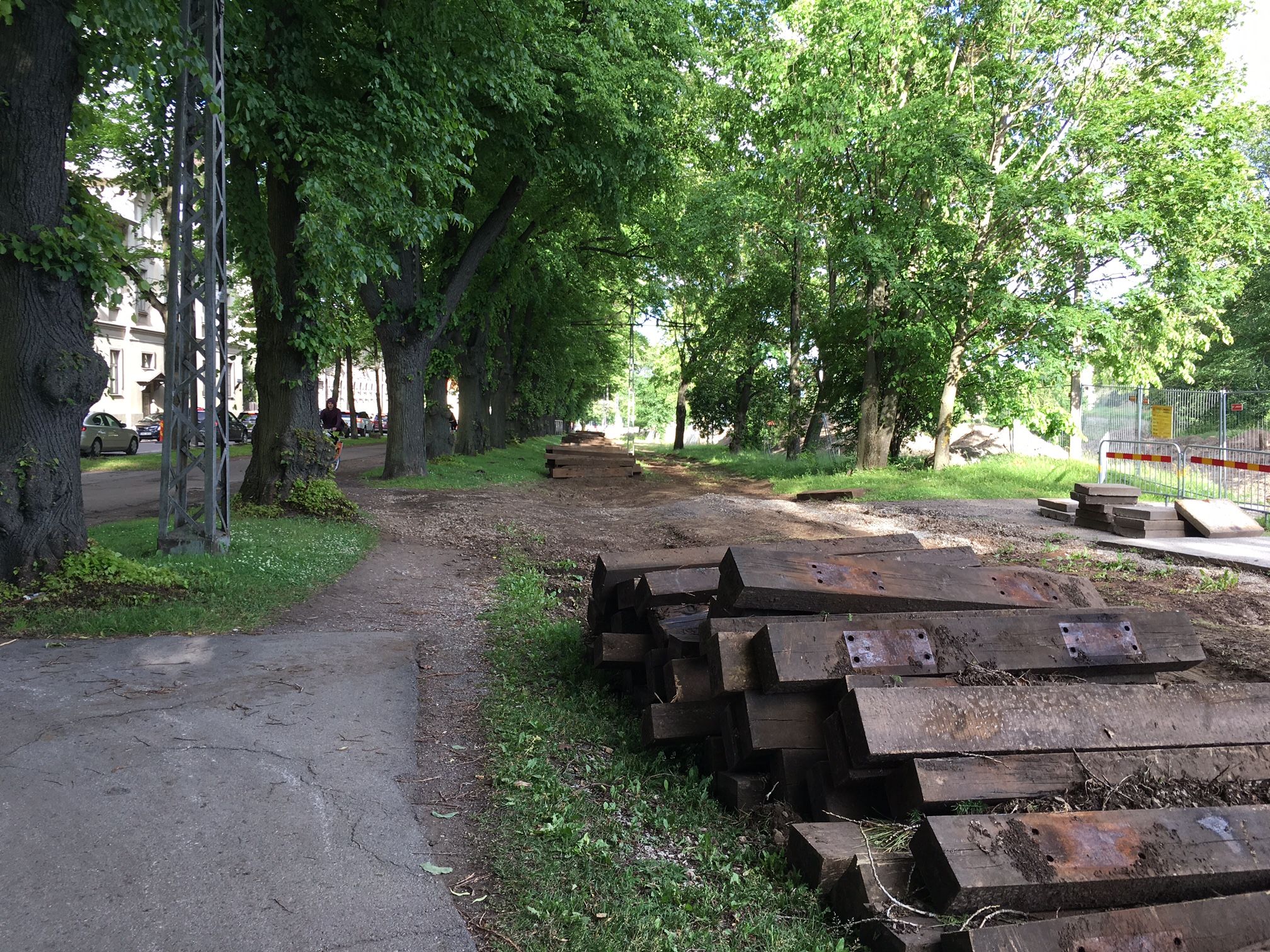 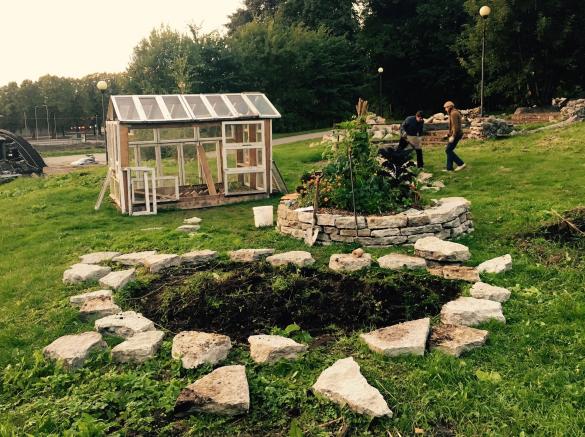