The first meeting day was kicked off in a wonderful location  - Forum Marinum in Turku -  with a few welcoming words from Baltic Urban Lab Project Coordinator Maija Rusanen. Before the attention turned to the Cities' Pilot Sites and their activities and future plans, Björn Grönholm from Union of the Baltic Cities (UBC) Sustainable Cities Commission gave a short presentation about Union of the Baltic Cities-CDP cooperation which encourages cities to report their climate change related actions in order to benefit from benchmarking and good practices from other peer cities. 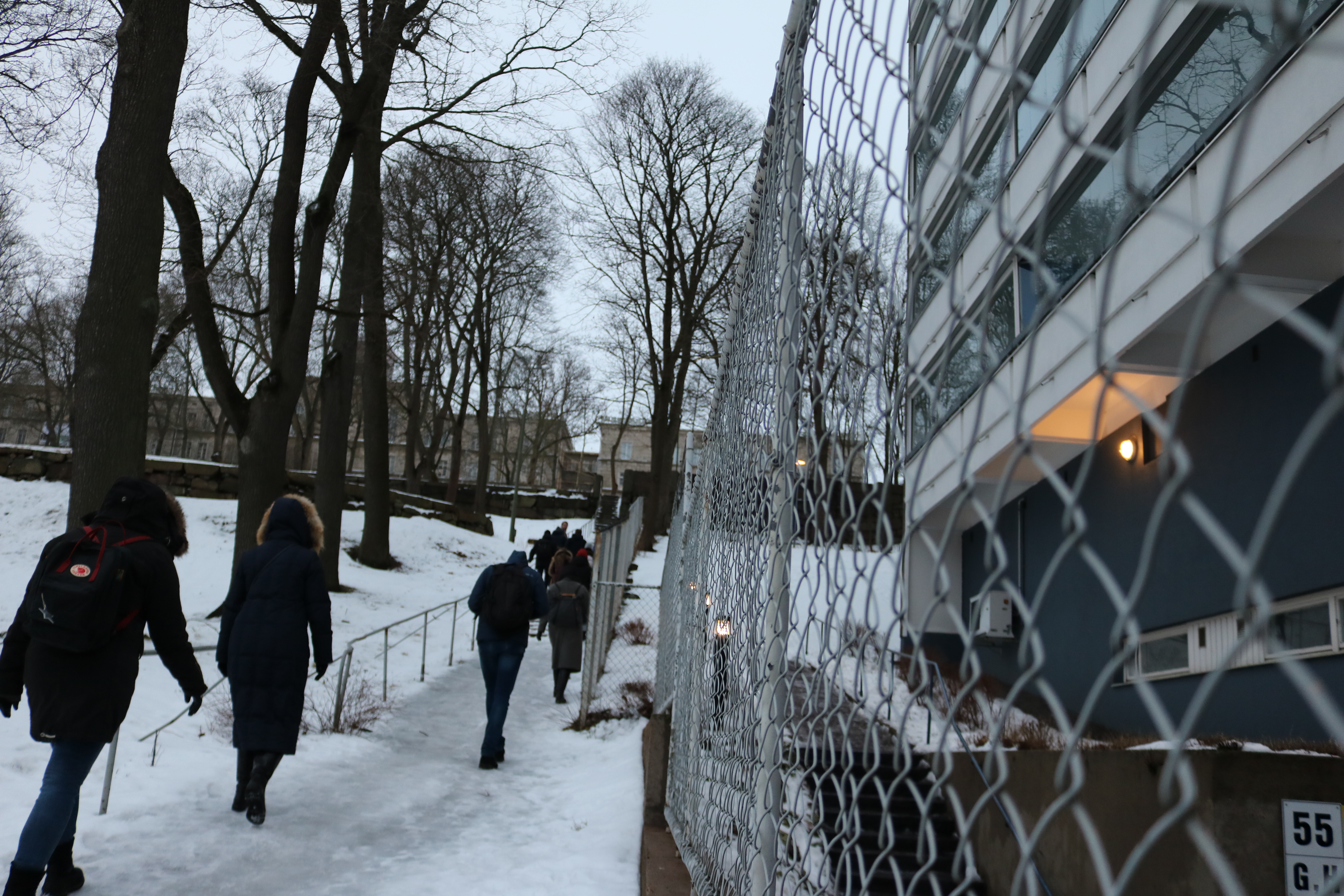 City presentations concentrated on what had happened during the time between two project meetings. City of Tallinn's student cooperation with Tallinn University had come to an end with a presentation of student work on Skoone Bastion area (some examples can be seen here), temporary uses had been tested and finally citizen participation mobile application called AvaLinn (translates to English as OpenCity) had been launched . The application allows local stakeholders and citizens to comment, suggest and like proposals regarding the renewal of the Skoone Bastion urban public space.

City of Riga had just during the week before concluded their student planning competition with good results. The student competition, focusing on finding a development concept for Riga's Pilot Site Mukusala, had been kicked off already in October 2017. Furthermore, achievements and activities included stakeholder opinion survey, current situation analysis on the brownfield site, a drone video of  the Pilot Site, MUKUSALA 2050 stakeholder event as well as three thematic lectures.

City of Turku's City Pilot Update focused on recent successful events of launching the Masterplan and Vision for the Science Park area and upcoming activities for the Pilot Site. The upcoming activities include organising an innovation competition for the cover construction, as well as utilizing digital solutions in the Itäharju brownfield triangle for better cooperation and communication with the stakeholders and citizens, resulting as planned in e.g. an interactive RoadMap for the Pilot Site. Also, works with studies on soil contamination will be continued as well.

As for the City of Norrköping, on of their notable achievements for the last period was the launch of Earth Autopsy visualisation tool in December 2017 that was received well by the attendees. The design of public spaces in the Inner Harbour Pilot Site area has been continued as planned alongside with the soil remediation processes. For Norrköping, the next steps include continuing to exhibit and evaluate the visualisation tool.

The project welcomed also visiting speakers from the Agile Dwellers project Mikko Kyrönviita and Jenni Kuoppa who introduced us the Hiedanranta  brownfield development project and the co-creation approach that has been used to increase interaction between planners and citizens in the planning process. Some inspiring examples of redevelopment and temporary use alongside with successful international idea competition for the area were presented. Kim Brander from Ramboll Finland Oy continued the Inspiration Session with a presentation into the topic of why and how environmental information should be used with the example of the Itäharju triangle. 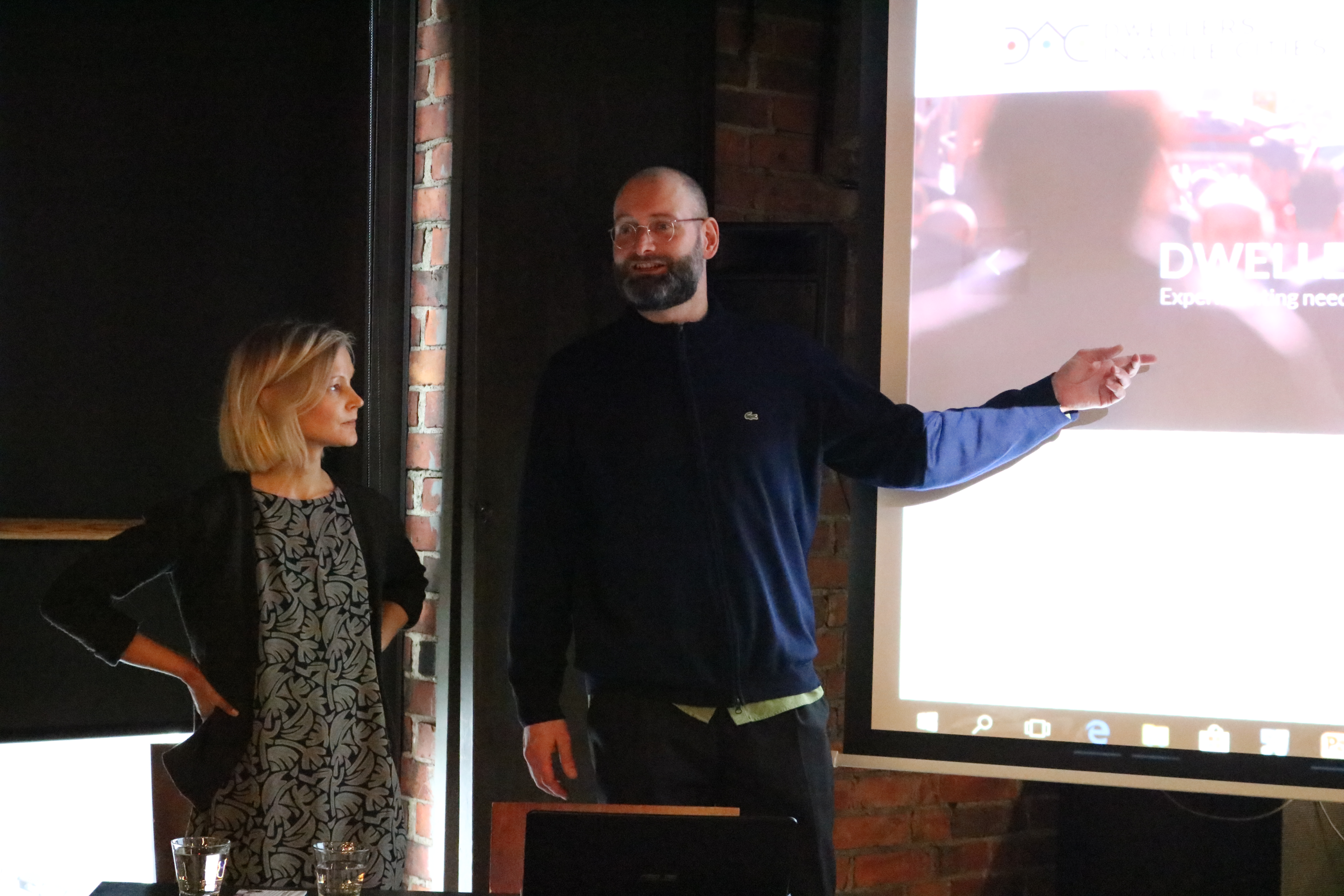 One of the focus of the meeting was to discuss and brainstorm together about the project outputs - summarising the lessons learned from the project. The outputs should aim to help also other cities to deal with similar issues in their local brownfield development processes.  Memorandum of Understanding (MoU) for the definition of Brownfields in Central Baltic countries was presented and discussed. There are no commonly agreed European definitions on what a brownfield is. Baltic Urban Lab has adapted the definition developed by several European brownfield projects and has added some aspects related to integrated planning and partnerships. To accompany the definition the project has identified recommendations to national actors who wish to promote brownfield redevelopment in their countries. The MoU will be published later in our website.

The other focus was to discuss one of the key outputs of the project - Integrated planning and partnership model for brownfield regeneration. The aim of the guidelines is to summarise the lessons learned from the City Pilots and help other cities to coordinate brownfield regeneration processes in a more structured manner and showcase concrete examples how to implement Public-Private-People partnership for brownfield development. The project group brainstormed together the content for the guidelines and how we could the best possible to way help also other cities to deal with similar issues - how to organise the planning process internally, how to ensure strong leadership and how to engage all necessary stakeholders in the process. 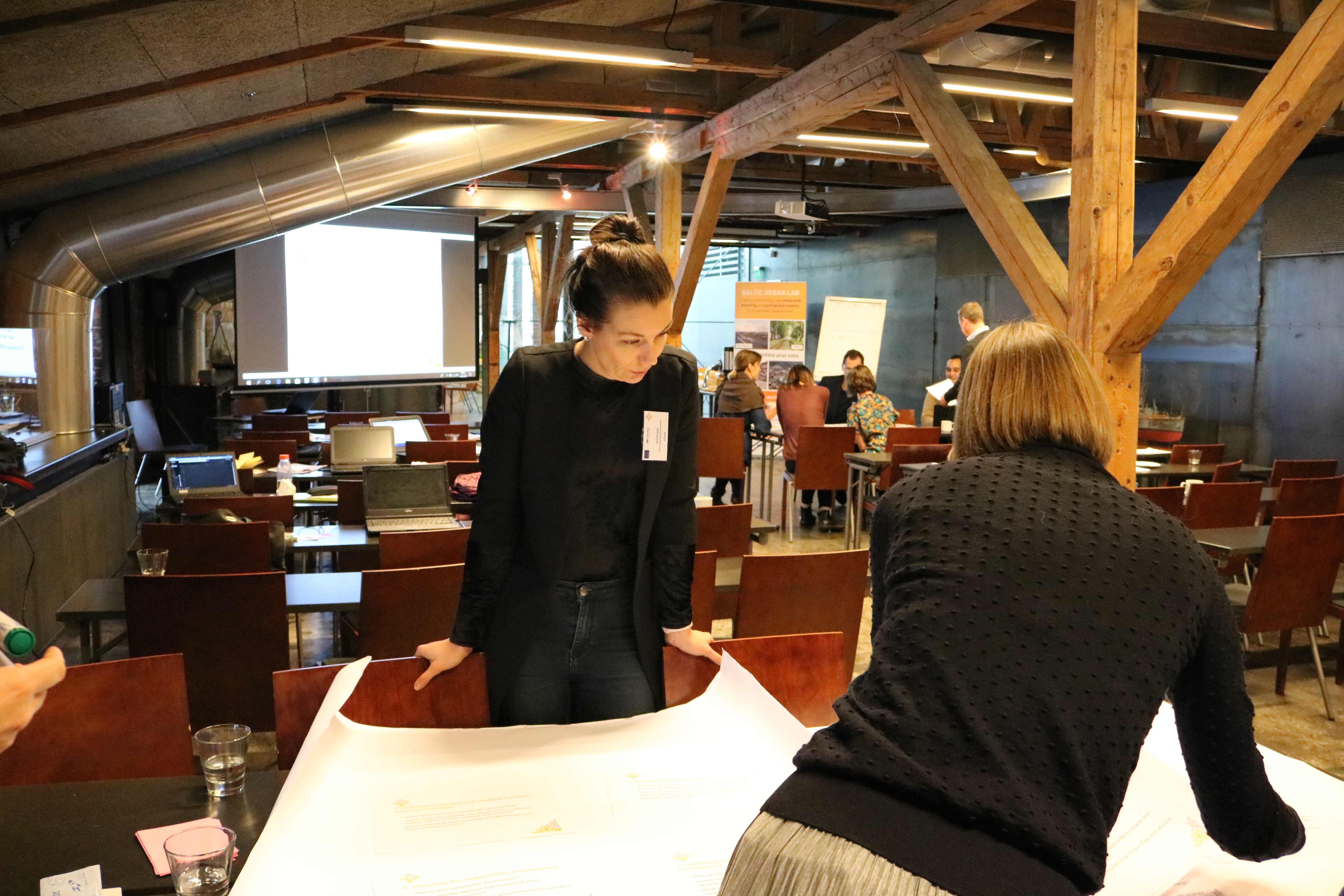 Site Visit to Kakola  was received as an inspiring experience to see how a property previously used as a state prison has been developed into private apartments with future plans towards developing that area into liveable and enjoyable living area for the residents with a daycare, spa and hotel under planning. We had the best possible tour guide and got to hear many astonishing stories about the lives of the prisoners who had been locked up in the premises before the prison was finally shut down in 2007.  A very interesting example of a regenerated brownfield area with long history. 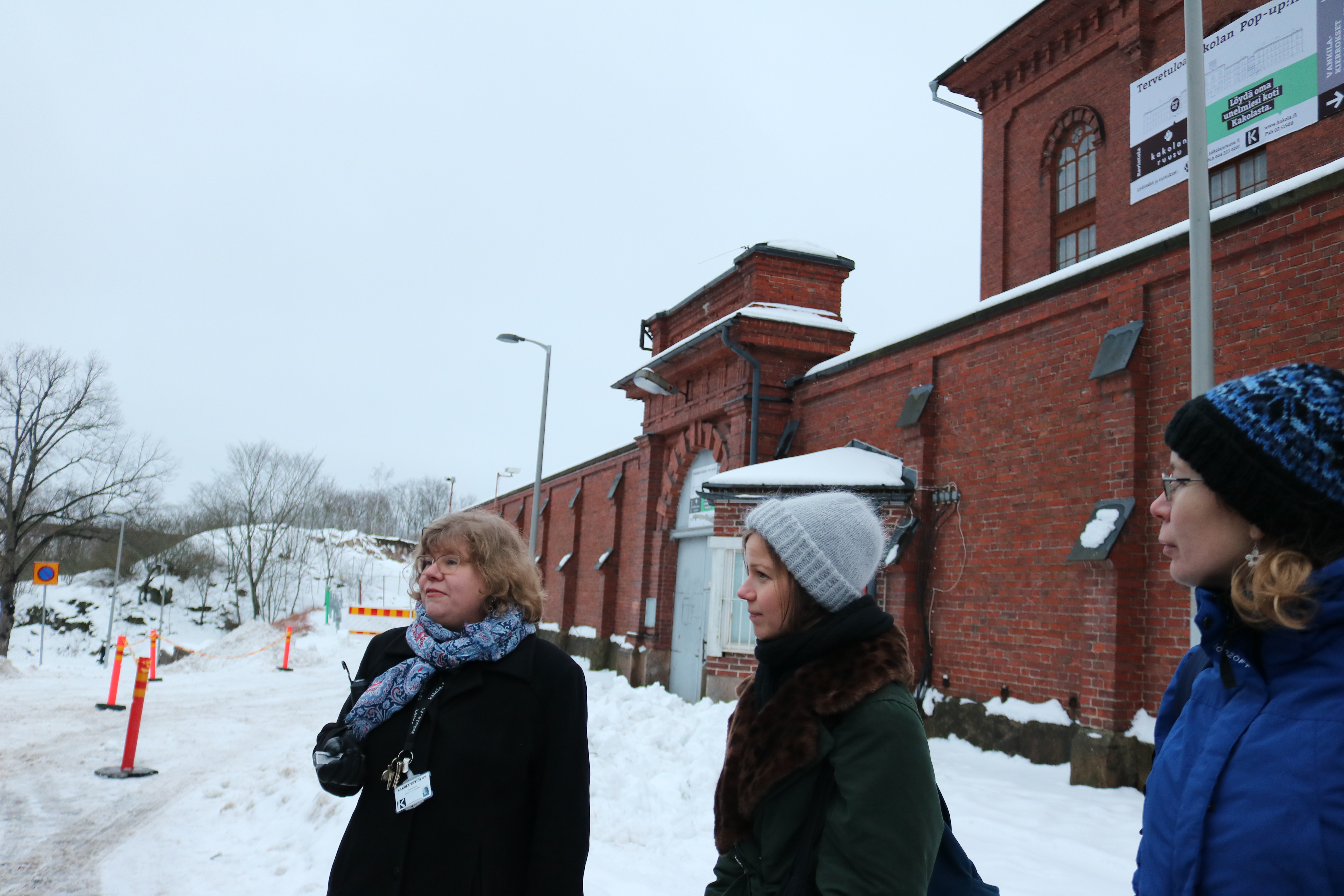 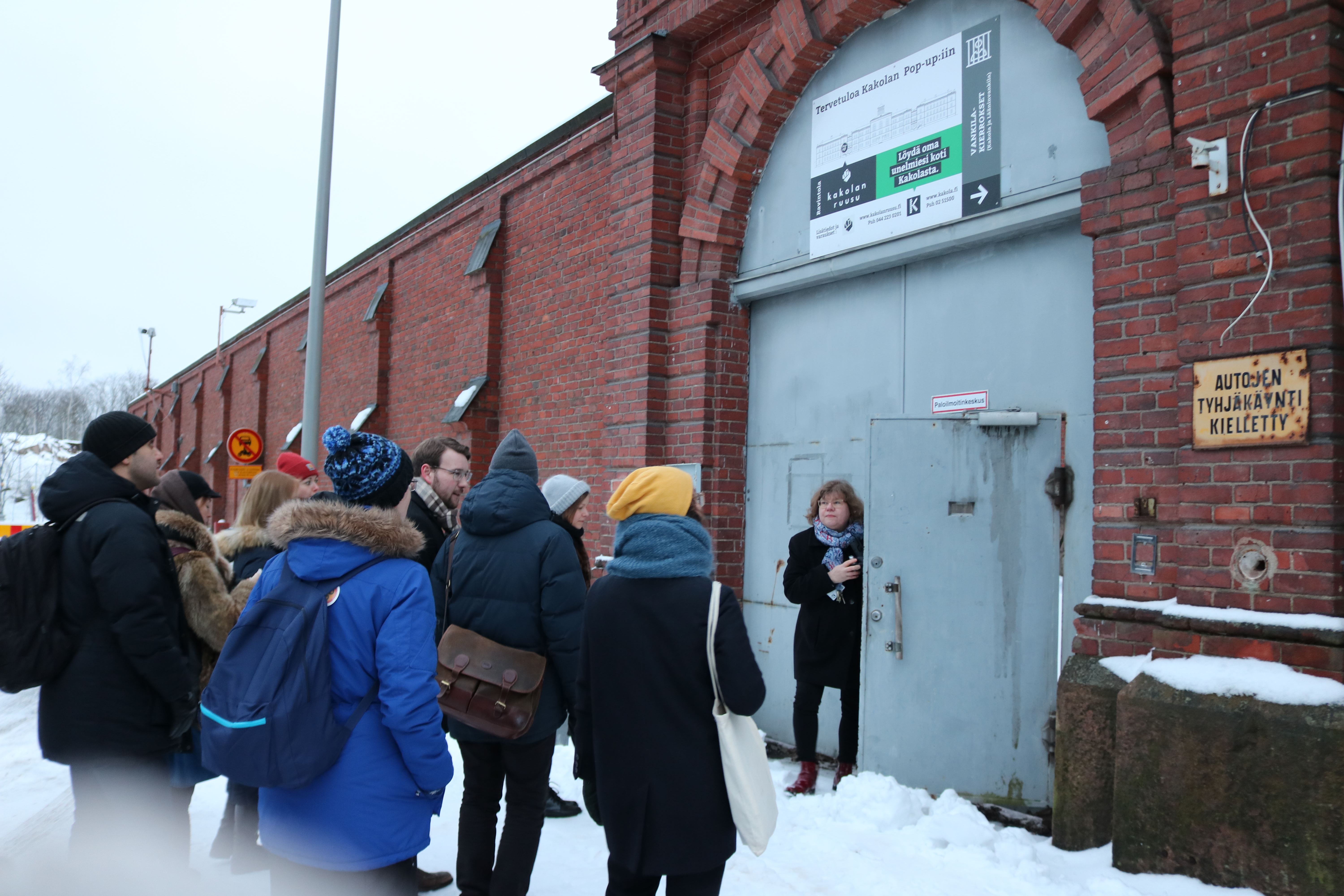 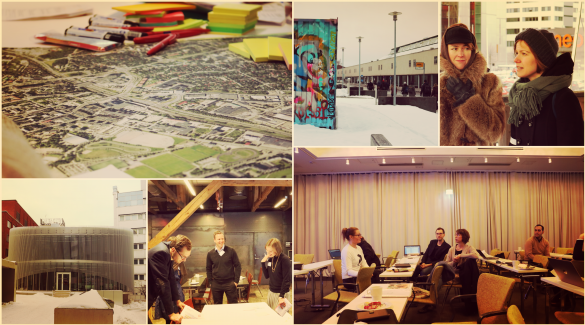