The main aim of the project was to clean environment in Riga city, with upgrading Miera garden and creating attractive and comfortable environment for recreation and entertainment but at the same time preserve cultural and historical heritage.

The place seemed abandoned and unattractive - tree crowns were not groomed and updated, garden was shady and not suitable for recreation and sport. Only grounds has been left of the bandstand because of a fire. Children's playground with pool had collapsed in Soviet years and was used as an unofficial compost square. Grounds of decorative vase were ruinous and public toilet vandalized.

Before the project was developed and implemented, Miera garden did not attract citizens to spend time in the garden because of overgrown plants and collapsed small architectural forms.

Main activities during the project implementation were:

The primary stakeholders in the process were Miera garden residents, that were involved though community involvement methods where local residents, NGO’s, universities and other interested could participate in the process; visitors in Riga and athletes. Athletes were consulted when the city was building a skate park. With their active involvement elements from concrete were placed the way that both – profesionals and beginners are able to perform the tricks. Foreign experience was taken into account, as well as creative ideas, that students from Latvian Agriculture university provided.

One of the unattractive and abandoned gardens in Riga was restored and attractive and comfortable environment for recreation and entertainment taking into account the user’s needs was created.

A challenge in the process was that the area where the garden located has a bad reputation of being unsafe. An old graveyard that has located in the area several decades ago also brought additional challenges. What was learned from the project that it is necessary to have a clear development strategy before implementation of large-scale and complex projects and to work with the wider public from the very first days of project and the panning process ensuring a two-way communication. 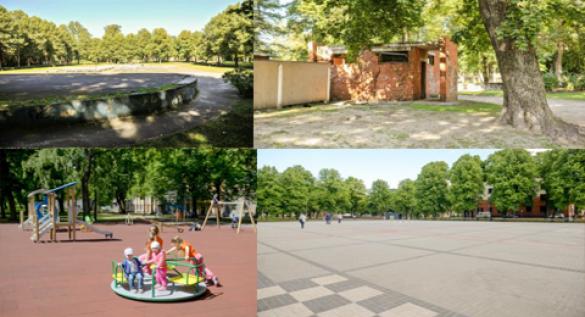