Involvement of youth in the public space planning in Malmö

The point of departure with the “red rose carpet” was a larger project (“Rosengårdsstråket”) where the aim was to connect the disadvantaged suburb of Rosengård better with central parts of Malmö and to create new mental images of the area. Creating new public spaces and meeting places by the new path between Rosengård and central Malmö was an important part of the project, and suitable places were chosen in dialogue with inhabitants who could suggest places. One of the suggested places was a parking lot and it was decided to develop it into an “activity place” (“aktivitetsyta”).

At first, a traditional outdoors sports area was planned, but Swedish research showing that those areas is by 80% used by boys and only 20% by girls led to discussions on equality in public space. As there also was a mapping made on the use of public space among youth in Rosengård showing that the local girls do not use the public spaces of the area, it was decided that 16-24-years-old girls would be the target group.

The idea was to give the target group true influence and responsibility instead of just consulting the target group a few times during a planning process. At the core of the process was a group of local girls, who were employed as summer interns to work with planning the project and engaging other girls to work with the project. The girls worked with problem-setting, generating ideas and a design-proposal for the space. They also worked on the physical site testing different activities and for example setting up workshops and organizing music and dance events. The on-site testing was well-documented to be used in later planning. As the planning continued afterwards, there was continuous communication from the public planners with the summer interns and other test users. The following summer, new interns were employed and further testing took place on-site also together with local associations and other actors.

After the activity space was finished and opened, a group of active users and associations was established who will continue to plan the programme for the space and also has direct influence on how to use the budget. The group has a formal cooperation with the municipality and responsibility for the budget.

The methods used aimed to give the participants true influence and responsibility instead of just consulting them. Methods included:

The girls were reached in schools and through an association that promotes girls’ active participation in associations and the civil society. Public planners maintained continuous communication with the hired interns and other test users. This was seen essential for the success of the project.

A public space that provides possibilities for activities that there was no space for in the area earlier. There is space for dancing, stereo for playing music, a scene for different cultural events and places for sitting around.

It was noted during the process that in order to work in a gender-sensitive way and promote the gender equality of public space, new kind of thinking is needed and it is a challenge to question the usual methods.

The approach has received a lot of positive attention in Sweden and the other Nordic countries. The Swedish National Board of Housing, Building and Planning has also allocated three million Swedish crowns to a project on “equal spaces in Malmö” where similar approach will be used in three different places in Malmö. This time also young boys will be included in the process, although the focus will still be on how to create public space where also girls can feel safe and included. 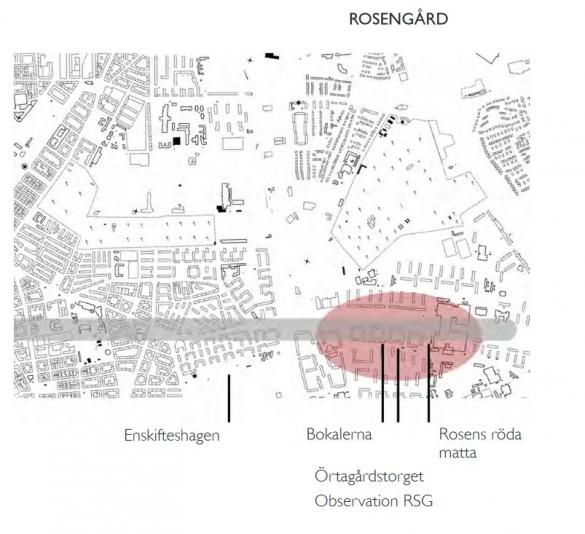