The municipality of Kalundborg is situated on Sjælland island in Denmark and has some 20 000 inhabitants. Having coastline, lowlands and delicate areas with delta-like characters, the area is threatened by the impacts of climate change, such as extreme weather conditions, rising sea level and changes in precipitation. Furthermore, infrastructure as well as ground and surface water quality can be affected by these changes.

In March 2011, the municipality of Kalundborg together with the Danish Board of Technology (DBT) hosted a citizen summit where 350 local citizens discussed how Kalundborg should adapt to a future with a warmer climate. Changes in precipitation, flood patterns, storm surges and rising sea level will affect the municipality in different ways and many houses, summer cottages and farm land are increasingly at risk of being flooded.

The process was part of the BaltCICA project that was designed to focus on the most imminent problems that climate change is likely to cause in the Baltic Sea Region.

First, local stakeholders were presented with possible climate and flooding scenarios for the Kalundborg case area. On this basis, they developed different solutions to the challenges at a scenario workshop. Local politicians were also consulted and alternative political choices and options identified. Environmental and socioeconomic consequences of these choices and options were estimated and presented at a citizen summit to 350 local citizens, which were selected to reflect the demographic diversity in the municipality. Prior to the summit, the citizens were provided with relevant information material and were then introduced to the pros and cons of different adaptation options. Finally, the citizens discussed and voted on those options.

Two-thirds voted to phase out the current land use (such as farmland and summer cottages) in the most threatened non-urban areas of the municipality and turn them into wetlands, rather than building dikes. 90% of the citizens wanted the municipality to act now and make long-term plans based on climate change scenarios. The participatory nature of the decision-making process allowed local politicians to make more extensive decisions than they might otherwise have felt comfortable making.

In Kalundborg, a municipal climate adaptation strategy with clear political priorities is now in the making. This has emerged through a transparent decision-making process involving both stakeholders and citizens in the municipality. 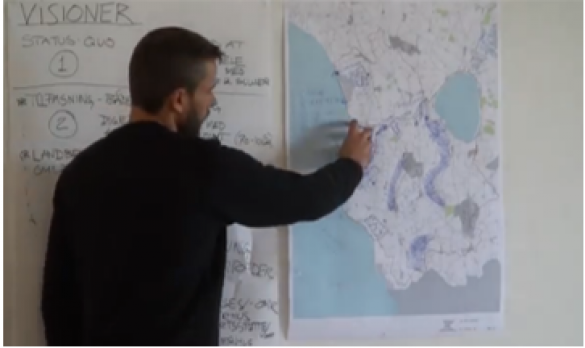 The process was part of the BaltCICA project, partly financed by the European Union (European Regional Development Fund)