The “Zachem” Chemical Plant in Bydgoszcz was one of the oldest and largest chemical plants in Poland. It was administratively located in the Kuyavian – Pomeranian voivodeship, Bydgoszcz poviat, within the borders of a borough in the City of Bydgoszcz. It was located at approximately 7 km from the city center. In the immediate vicinity of the former “Zachem” Chemical Plant there are areas inhabited by the Bydgoszcz citizens, including the Emergency Housing Estate, Łęgnow, Brdyujście and towns Plątnowo and Otorowo. A region of former “Zachem” Chemical Plant in Bydgoszcz was one of the most polluted industrial areas, not only in Poland but also in the world, because there was a large concentration of pollution sources in the area.  Soil and water environment was polluted with substances of a high potential for toxicity, including carcinogens.

Until 2013, the Chemical Plant “Zachem” in Bydgoszcz was among the largest producers of organic chemistry on the Polish market. The “Zachem” Chemical Plant remained a state enterprise until May 2003. It has renounced the right of perpetual usufruct of a large part of the area to the State Treasury - first (in 2002) of forest areas and then industrial areas. While signing the notarial deed of renunciation of land in the south-western part of the Plant, the land was divided by geodetic survey. Then, areas with buildings and installations were separated. As a result of these ownership transformations, the “Zachem” Chemical Plant renounced the right of using only forest areas. In January 2005 during the reorganization, an independent entity, which leased the installations from the former Dye Plant, was separated from the Chemical Plant. In May 2005 the Bydgoszcz Industrial – Technological Park was also separated from the part of the “Zachem” area.

From August 14th 2013 the “Zachem” Chemical Plant in Bydgoszcz functioned as Kapuściska Infrastructure JSC (Infrastruktura Kapuściska S.A.), still being the property of the Ciech Chemical Group. Four months later the production of organic and inorganic compounds stopped. On March 14th 2014 the company was declared bankrupt and its assets have been managed by a trustee.

Remediation and regeneration of contaminated sites, establishment of a new science and technology park.

The former industrial site was transformed due to complex soil remediation and partial remediation of groundwater; new land-use plan that enabled the establishment of a technological park; active role of local and regional authorities and involvement of private and international investments into the Bydgoszcz Science and Technology Park project.

The company, under the name Bydgoszcz Industrial Park (BBPT), was established on the 21st December, 2004 and its main aim has been to foster entrepreneurship and create new work places by providing beneficial investment conditions for companies. On 24th January, 2011 it changed its name to Bydgoszcz Industrial and Technological Park. Its majority shareholder is the City of Bydgoszcz, which owns over 94 percent of the shares in the Company's share capital.

Bydgoszcz Industrial and Technological Park offers investment plots for sale or lease. While preparing sites for businesses, BBPT undertakes a range of activities, including, but not limited to, the division and subdivision of plots, hydrological soil testing, and construction of new infrastructure and development of existing one. Currently, the business park offers over 70 ha of free space. BPPT divides the ground to invest with regard to the size and shape of the plot in accordance with the entrepreneur’s requirements provided that the minimum area is 1 ha. The whole area of the Bydgoszcz Industrial and Technological Park is included in the Local Spatial Development Scheme "Łęgnowo – Technological Park", where it has been marked as an area of business activity, including service and production activity, storage, and warehousing. Geological tests have indicated that the ground complies with the standards as regards the soil condition and underground water. Investors have guaranteed access to utilities, including heat energy.

A part of BPPT, with an area of almost 46 ha was included in the Pomeranian Special Economic Zone.  Seven investors held permits to conduct activities in this area; at present, negotiations are being conducted with other entities. Enterprises operating in the Special Economic Zone are entitled to exemption from income tax for: 1) expenditures specified in the permission; 2) a level of employment specified in the permission. The minimum amount of expenditure during the investing is EUR 100,000 subject to the condition that the activity is conducted for a minimum period of 5 years (3 years for the SME sector). The level of public support intensity index in the Kujawsko-Pomorskie Province for large, medium-size and small enterprises is respectively: 35%, 45% and 55%.

Bydgoszcz Industrial and Technological Park is now one of the largest industrial and technological parks in Poland. It is located in central Poland, in Kujawsko-Pomorskie province, and occupies grounds of 280 ha. The whole Park has been included in the local land use plan (as a ’Łęgnowo – Technology Park’) and part of it is in an Economic Zone. At the end of 2013, 57 business entities were conducting activities or investments in BPPT, and about 1500 people were working here. Enterprises operating in the Park are active in the fields of  plastic products, metal products, construction materials manufacturing, and logistics industries.

Since its incorporation, BPPT has conducted developmental activities, using its own resources and EU funds. This included construction of new roads with lighting, pavements, bicycle lanes, waterworks, and a sewage system, construction of two halls with an administrative-social connector and expansion of the premises of the Bydgoszcz Industrial and Technological Park. These improvements open possibilities for further investment, in particular in such industries as production and telecommunications equipment, alimentary industry, chemical industry, furniture industry, metal industry.

The fact that the land is now owned by the City of Bygdoszcz makes it possible for the city to apply national and EU funds to support the remediation and redevelopment processes. 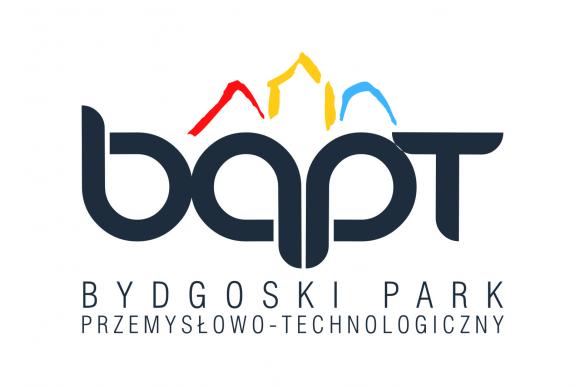 To maximize the speed of development Budgoszcz Science and Technology Park utilizes the opportunity to acquire European Union and state subsidies.