To encourage co-creation and offer an easy way to give feedback on different development plans, the City of Tallinn developed a mobile app for urban planning.  The AvaLinn app - AvaLinn meaning open city - was launched in January 2018 and it was piloted for the planning of the Skoone Bastion area in several idea-gatherings.  The app has been avaliable for download for iOs and Android phones/tablets. Further utilisation of the app has been planned by the municipality.  In order to develop the mobile app, workshops for stakeholders were arranged back in 2016 in order to get more detailed input on how the mobile app should work and how to attract the users for the app.  The app made it possible for the local stakeholders to express their ideas and give feedback regarding the plans made by the municipality

There have been two idea-gathering periods – the first for the structural plan of Skoone Bastion area (lasting one month); the second for a street that starts in the Skoone structure plan area. Users can walk around the area using the app to look at the structural plan, read informative signs, and like or dislike suggestions in the plan. They can also leave comments that are visible to all, and which other users can like or dislike. People have liked or disliked in the app over 3,700 times during these idea-gathering periods. They have submitted 235 ideas/comments. During 18 January - 5 April, the app was used 2616 times, and for the total of 276 hours. 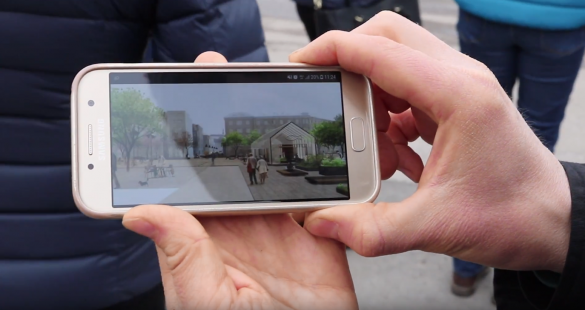