Baltic Urban Lab Final Conference on”Dealing with the Past & Planning for the Future – turning urban brownfields into possibilities” was held 6-7 September 2018 in Riga, Latvia.

The Final Conference of Baltic Urban Lab project brought together more than 60 urban planners, soil remediation experts, architects and other interested parties from Latvia, Sweden, Estonia, Lithuania and Finland to explore the lessons learned from the project and by four piloting cities – Tallinn (Estonia), Turku (Finland), Riga (Latvia) and Norrköping (Sweden). The Final Conference was held in Spikeri Concert Hall which is a brownfield location itself, listed as one of the UNESCO World Heritage sites in Riga. The Baltic Urban Lab Final Conference was moderated by architect Peteris Bajars.

Opening words of the Conference were provided by Oksana Dumpe from Riga City Council City Development Department and Björn Grönholm from the Union of the Baltic Cities Sustainable Cities Commission – representing respectively the host city and the lead partner of the Baltic Urban Lab project.

The Final Conference was divided into two themes – the first part was called “Dealing with the Past” and the latter part “Planning for the Future”.  These two thematic areas highlight the main issue in redeveloping a brownfield site – the need for a holistic perspective regarding the past, the present and the future.

Guide launched for integrated and partnership-based planning of brownfields!

Lessons learnt from the Baltic Urban Lab project were shared by Maija Rusanen (UBC Sustainable Cities Commission) and Sandra Oliveira e Costa (Nordregio) who highlighted the need for coordinated and holistic approach to brownfield planning and better cooperation between different actors – across different sectors and experts in local administration as well as between different groups having interest in the development such as citizens, NGOs’, land-owners, current users and future users of the site and developers. Commonly agreed vision and targets among all involved parties is key for successful brownfield revitalization. Baltic Urban Lab launched a guide for urban planners and experts working with brownfield regeneration called “Towards integrated and partnership-based planning of brownfield areas” in five languages: Latvian, Swedish, English, Finnish and Estonian. The Latvian version will be available soon on project website. 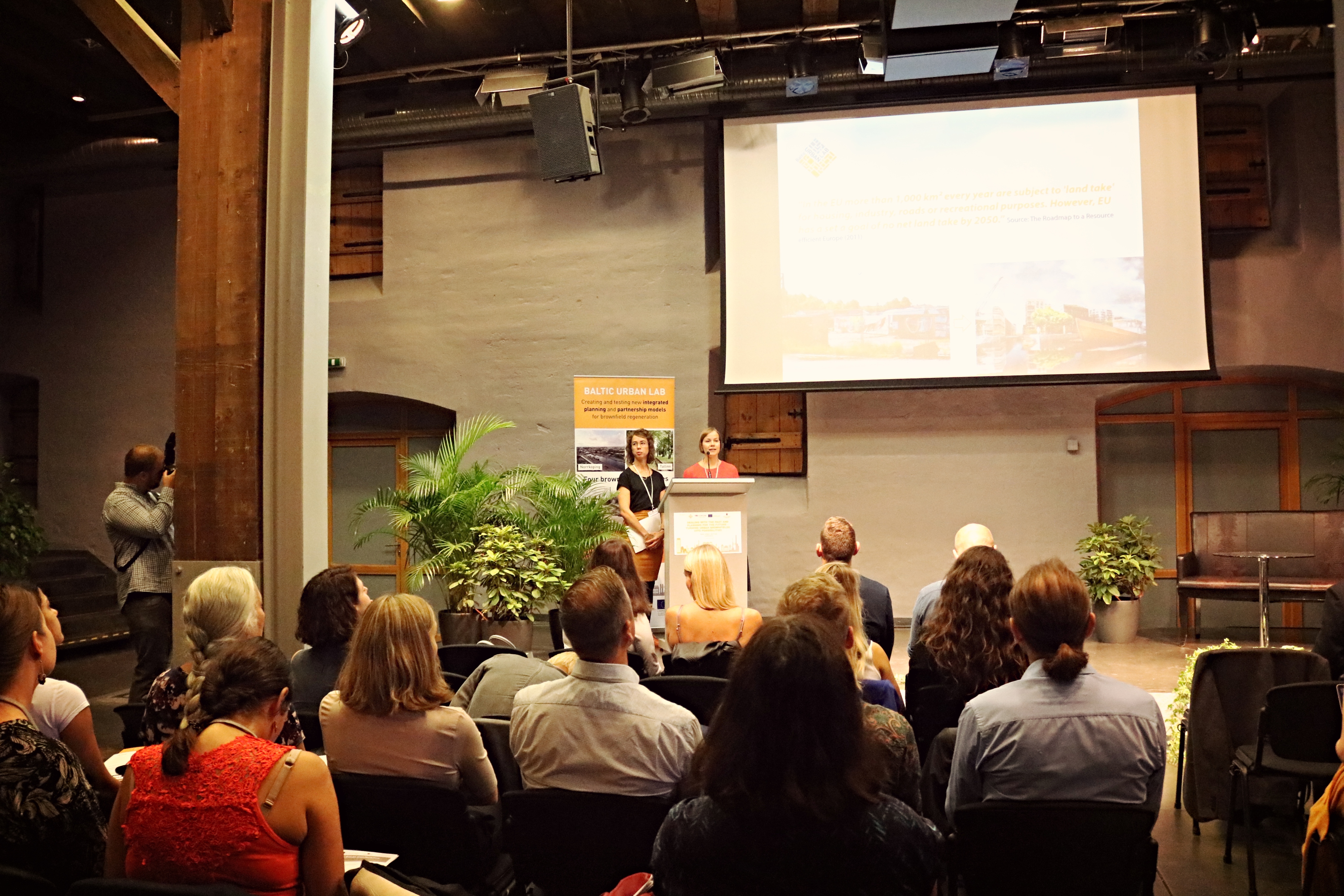 Sharing experiences on brownfield development - from subsurface to land-use planning

The first keynote of the day was delivered by Kees de Vette (City of Rotterdam). The focus was on balancing the 4P’s when redeveloping urban brownfields with a case from M4H harbor – reminding the importance of involving subsurface remediation into planning processes early on. Taking a more holistic perspective on brownfield redevelopment by understanding both natural and human systems is needed.

Interactive Sessions were designed so that everyone could participate in creating questions for the panelists – even people following the Final Conference via the web stream were able to join in and post questions. The panel consisted of Baltic Urban Lab City Partners and external experts from the field. Interesting discussions were initiated via the questions submitted for the panelists by the conference goers. 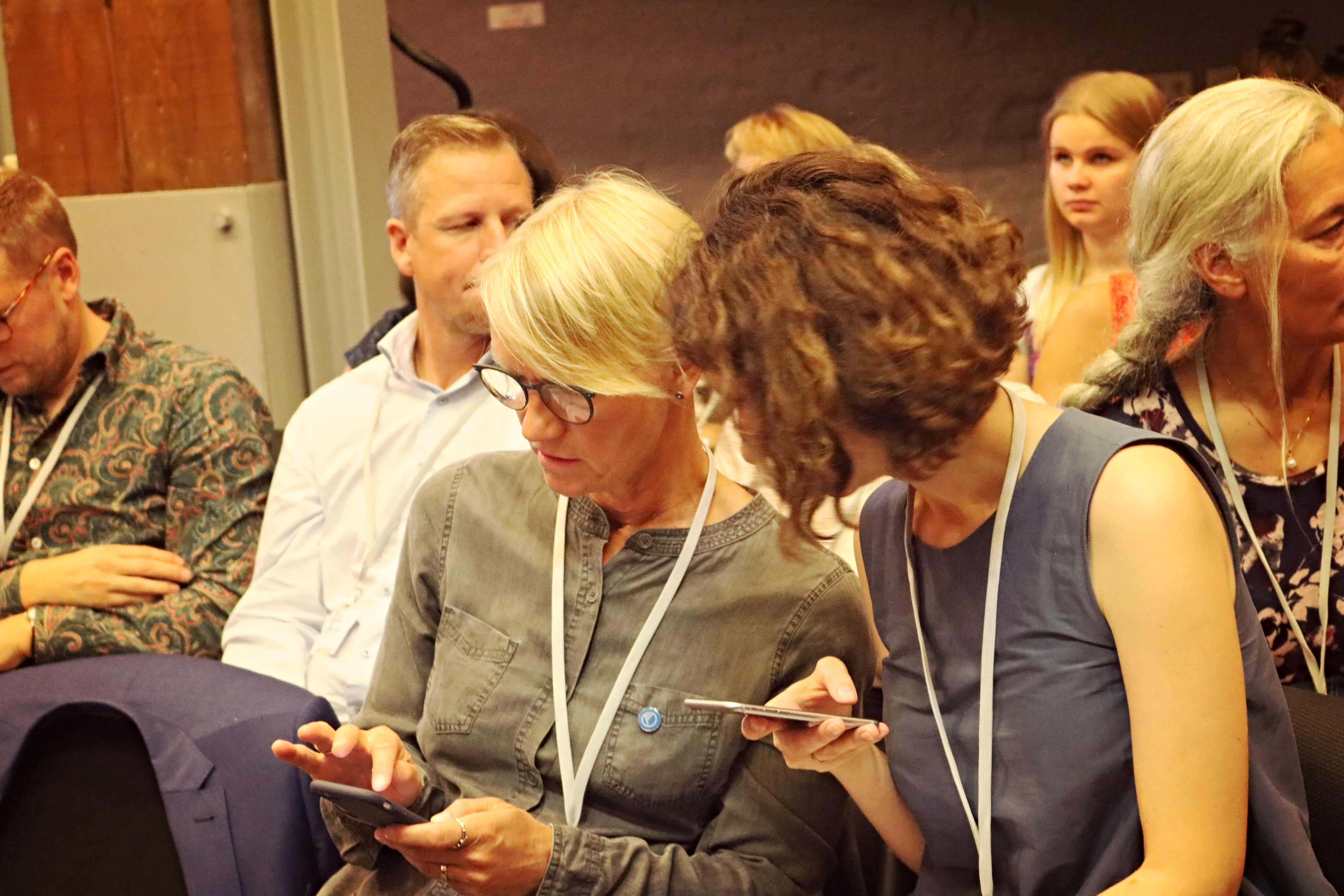 After the discussions, it was possible to listen the Baltic Urban Lab cities pitch about the method they have developed and tested during the project to support involvement of stakeholders in planning their brownfield pilot site. The following methods were chosen by the cities:

How to make participation matter?

Kaisa Schmidt-Thomé presented the keynote on how urban transformations in the future could bring cities back to people. She pondered why especially some large scale projects do not reach their targets. Can people really influence and have possibility to co-create? Or are partnerships in these kind of projects in reality closed despite some participatory activities. One the indicators she proposed for a good public space is the shared physical presence. Eye contacts with other dwellers in the city, shared physical presence in the streets and shared bus rides.

Site Visit on the following day took the participants to three very different locations in Riga. Firstly, participants visited Skanste area which is a new business development site. Secondly, Tallinas iela 10, Free Riga spot for creatives working together in empty buildings – which has developed into a lively neighborhood. Free Riga is an example of a well-established way to promote temporary uses and increase community engagement. And finally, the restored wooden house area in the Kalnciema quarter – a place for cultural activities. 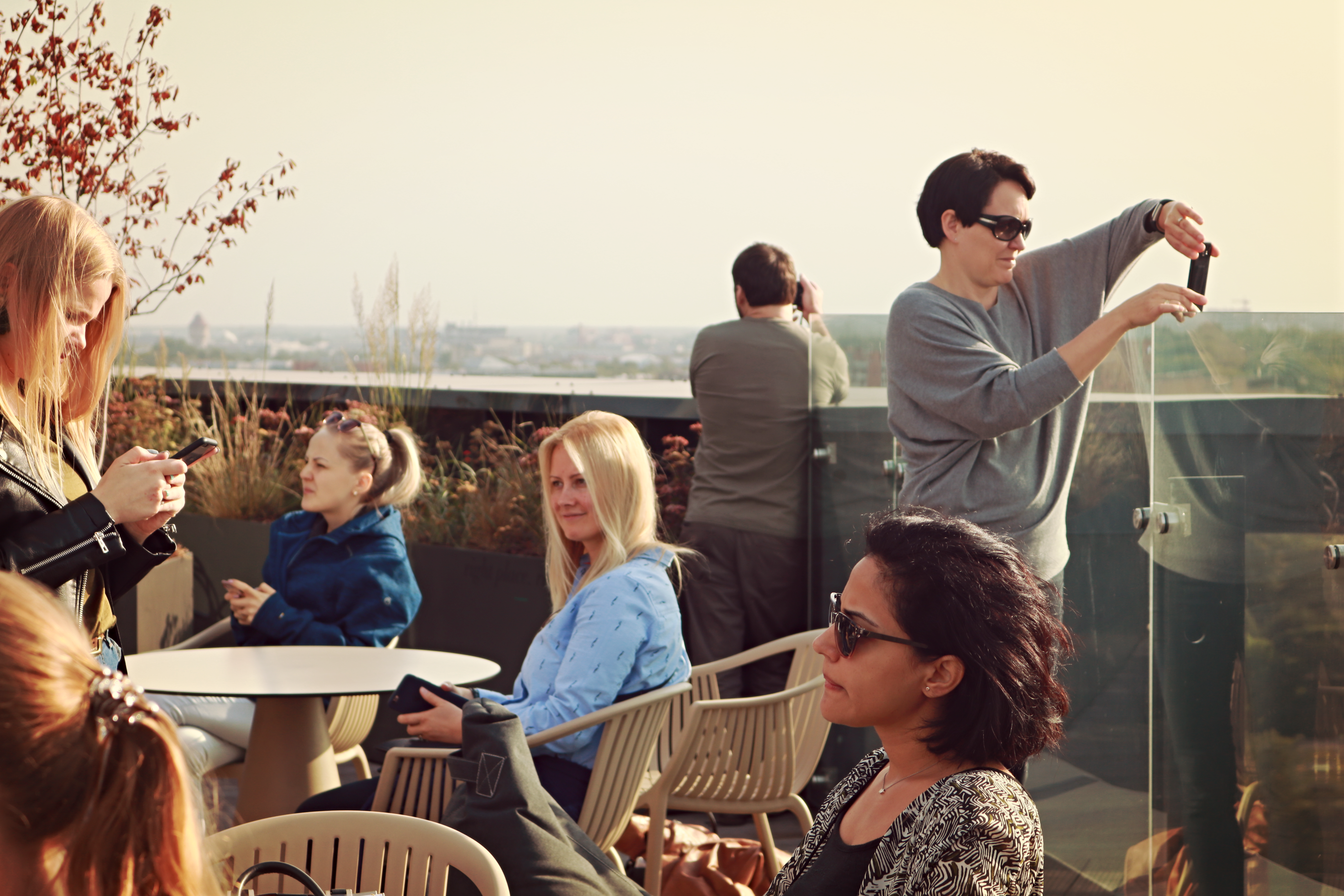 Partnerships and better cooperation between different actors is a key to solve many of the complex challenges in brownfield redevelopment. We still need to work to find the best ways to include different kind of people in planning and make their participation matter. But also to find the most effective ways to create long-lasting partnerships between all stakeholders. European projects such as Baltic Urban Lab offer a great platform to exchange, learn from each other and experiment different ways to make urban planning more open and inclusive. 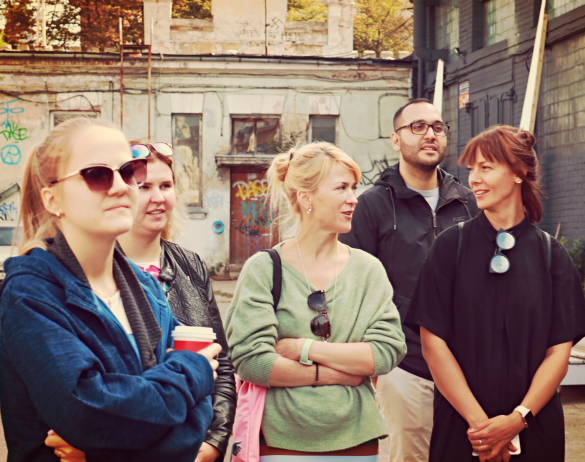