Student Competition as a planning method for brownfields, Riga

The task was to come up with a development proposal for the pilot site taking into account the results of baseline analysis and the feedback and ideas collected from different stakeholder groups. In addition, different topics of interest were further discussed in several stakeholder workshops.

The competition was supervised by local architect studio. Jury consisting of persons from different city’s departments, users of Mūkusala territory and several professional architects and landscape specialists selected the final winner. All groups visioned the site as a multifunctional urban environment that would be organic for residents, existing and prospective developers and visitors. The city was very satisfied with the competition producing three perspectives and innovative and creative proposals for Mūkusala pilot site development.

It is a great method to use for developing innovative and creative proposals for degraded territories. Knowledge, enthusiasm, unconventional ideas and a desire to do the best characterizes the overall development and joint learning process. 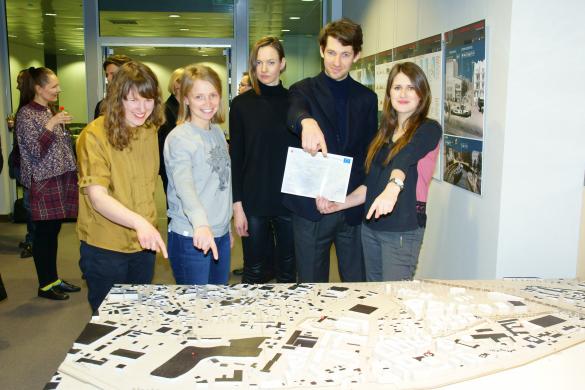