Sparring groups for the Skanssi district in Turku

The Spatial planning department in the City of Turku initiated the sparring groups as part of the wider City district project of the Skanssi, similar to Kalasatama in Helsinki. The area is developed according to principles of sustainable urban development and variety of participatory methods are being used. The sparring groups were targeted at citizens living in the neighborhoods of the area but also other interested parties and possible future inhabitants. An email list, where stakeholders could subscribe to receive information about the planning process in the area and participatory events and workshops, was established. Through the list citizens were invited to also join the sparring groups.

Turku aimed to create a low threshold and informal way for citizens to participate and contribute with comments and ideas differing from usual way of distributing information on spatial planning.  The objective was to collect citizens’ views for developing Skanssi and to communicate the ways in which the district is being developed.

During the activity several participatory events were organized e.g. to present plans and ask participant’s views on different services developed for the are e.g. how a car sharing  and a bike sharing should be organized in the area and what should be taken into account from future users’ point of view. The outcomes of the sparring group work and different ideas produced during the activity influenced greatly the development of a concept for bike sharing shelter.

Since Skanssi is a new city district being developed and there is not yet existing housing or large number of companies in the area, the challenge was to find interested participants for the events. Around 10 active members participated in the sparring group. The challenge in future is the develop new ideas how to make new city district projects more interesting for citizens when there are not existing stakeholders in the area. New ways to communicate and document the results of this types of activities to a general public in an informative but not too official way also need to be found.  There is potential to use social media could more since now it was not used during the process. The members of the sparring groups have been invited also to discuss other similar development projects in the city. 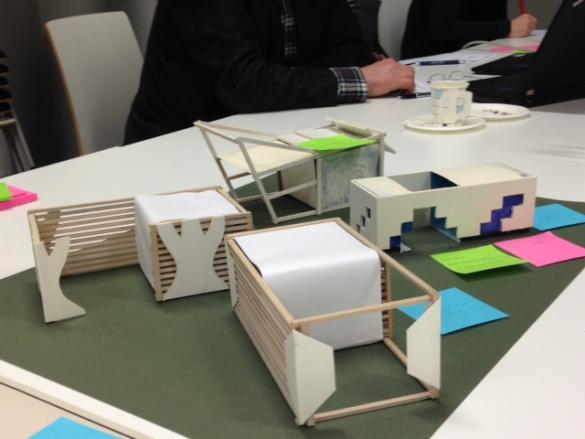 The activity has been financed from the City of Turku Spatial planning budget but also external project funding has been used. The sparring groups is a rather light practice with few financial resources needed