Smart and Sustainable Kangas in Jyväskylä

Kangas is one of the most significant project of brownfield regeneration - a former paper mill and the smart future district of the future where people live, work, study and enjoy themselves. In planning and implementation, old methods will be changes to new innovative and smart solutions, without forgetting the area's interesting history. In 2040, it is being visioned that more than 5000 residents would live and about 2000 workers would be in the Smart Kangas area.  The paper mill was closed in 2010 and the area of 27 hectares became the property of the City of Jyväskylä in November 2011. The Kangas project is the main urban development project in Jyväskylä for the next several decades. The City Council approved the master plan for Kangas at the end of 2013 and one detailed plan has been ratified in 2014 (the old paper mill). The other detailed plan, Piippuranta (residential area) is accepted to be ratified in the spring 2015. Residential construction started in 2016.

The urban planning of Kangas started with an EU-funded pilot project, prior to the preparation of an architectural competition programme. ​In the spring of 2011, City of Jyväskylä and Jyväskylä HUB invited individual citizens, civic organisations and groups of people to come up with their own view of what a good city should look like in the future (600 people shared their thoughts of future cities). New methods of participation were used to collect citizens’ ideas and dreams. Some of the methods used for development of the area:

The ideas and dreams formed part of the development themes which were approved by City Council in June 2011. Recurrent themes in the interaction process were versatility, sense of community, closeness to nature, movement and vibrancy.

The result  of the participatory planning with the stakeholders were 31 highly elaborated visions for the development of the area: stories, pictures and videos. Ideas were incorporated in the development themes which were approved by the City Council in 2011. These days, a variety of businesses operate in the Old Paper Mill alongside Humak of University of Applied Sciences and some parts of Jyväskylä Educational Consortium. First inhabitants moved to Kangas at the beginning of 2017 whereas construction continues for residential housing. 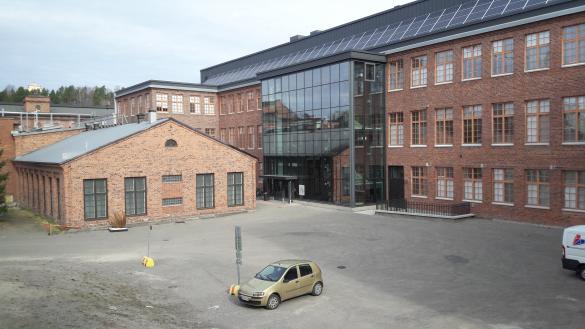 Kangas - A New Part of the City of Jyväskylä