Quality program for the Inner Harbor in Norrköping

The municipality of Norrköping has worked together with the developers in the Inner harbor in creating a quality program for the new district as framework and common goal. The work began by agreeing on common target image for the area, containing overall quality goals for sustainability and attractiveness, both for neighborhoods and public spaces. The target image was then concretized in a quality program, where various commitments where formed by developers and officials. The quality program then became part of the detailed plan documents and forms the basis for the agreements made at land sales.

The quality program was divided into different themes (living urban environment, active city, innovative architecture, ecosystem services, mobility management and resource efficiency). For each theme a workshop was held with all the involved developers and officials (who participated from the municipality varied slightly depending on the subject). At the workshops a number of commitments were made for each theme area. The commitments were divided into two levels, a basic level of commitments to be achieved by all projects and a level of excellence where the developers were allowed to choose which commitments they would have for their projects. This is to get a high quality level on all projects but at the same time the possibility of variation and that the projects get different orientations/niches.

The quality program has been part of the detailed plan documents for the Inner Harbor, which have been communicated via the municipality's website and at various dialogues with citizens.

The quality program and the work on developing a common target has led to greater commitment and better involvement with involved developers. The results of the program will be materialized in the completed district.

It takes a lot of time and effort to develop quality goals through dialogue in a project with so many involved. However, the result is much better anchored than if the municipality alone develops similar actions and the program contains more feasible goals.

The quality program will be the basis for quality work in future development of the Inner harbor and can work as an inspiration for other urban development projects in the city. 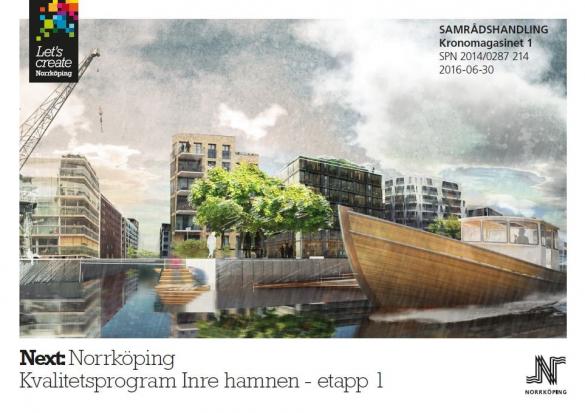