The Municipality of Örebro started to consider options to include citizens in its budgeting processes and tested it for the first time in 2009. In 2010, citizen budgeting was tested in connection to planning a riverside area. Approximately 100 upper secondary school pupils from four school classes participated and were allocated 500 000 SEK from the municipal investment budget. The investments were to be made to improve the accessibility of the riverside, develop activities around the river and to improve the bathing and drinking water quality.

In practice, the participating pupils worked with their proposals supported by municipal officials. The proposals focused on issues such as cleaner water, improved activity areas around the river and improved accessibility to a decking. At the end of the process, the pupils presented their proposals and voted for the best one. The proposal to build a wooden deck on the river was chosen the best and the pupils who prepared the proposal were also involved in later stages when the proposal was implemented.

The main objective of the Municipality of Örebro to work with citizen budgeting has been to improve and increase public participation in the preparations of municipal budgeting and prioritizing.

The upper secondary school pupils worked on the budget proposals themselves, but were supported by the municipal officials. The final decision was also made by the pupils by voting, and the group making the winning proposal was also involved when the proposal was realized.

The municipality emphasizes that it has been important to keep the process simple. It has been central to clarify the rules to all actors and to ensure that everyone involved have been aware of their roles. Involving the municipal employees, teachers and students in planning the tasks and the methods of citizen budgeting has also been found to be a success factor.

According to the municipality, the participating young people got better understanding on how the municipality works on budgeting and what kinds of resources are needed when investments are made.

The pupils were reached through the selected schools. Also a website was established to spread information about citizen budgeting and local media was contacted.

The lessons learnt from the process of citizen budgeting of the riverside area included:

The Municipality of Örebro has also worked with citizen budgeting in later projects and its approach has been presented in various reports and website materials of the Swedish Association of Local Authorities and Regions (SKL). 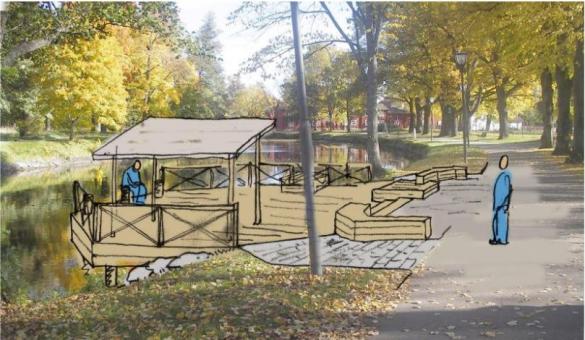 Over 500 000 SEK was allocated from the municipal investment budget